There are soups and there are soups! I mean there's the old chicken version with rice, with noodles with dumplings. There's tomato and vegetable and mushroom and minestrone and so many more.

But have you noticed the trend to more unusual soups that are gaining steadily in popularity both in restaurants and in home kitchens? Not that they're that new necessarily, but they're finding favor and adding a nice note to menu planning.

I refer to soups like carrot, peanut, cheddar cheese, 4-day, and salad (yes, that's right, salad soup) to list but a few. And that's not mention the "split-personality" soups that can be served hot or cold.

I first had cheddar cheese variety in a small soup and salad place opened by a young couple who were among the first to feature this light but nourishing luncheon menu. They also offered delicious home-made breads along with an informal salad bar while three different kinds of soups or chowder bubbled away in kettles on an old black stove. The place won instant approval and has been enlarged twice since its modest beginning.

When I first made this cheddar soup, my daughter, Donna-Lane, raved about it, took the recipe, went home and made a kettle full. A friend, whose office is in her home, makes it in double batches for an appetizing and easy luncheon. She likes with croutons. I like sauteed mushrooms added and rice crackers to munch with it.

My particular joy is the "salad soup" mentioned earlier. Haven't you found that you had a generous quantity of dressed salad left over and staring at you, the greens turning limp before your eyes, the croutons soggy? This is no reflection on your salad but on you overestimating the quantity needed.

Now in these days of spiraling food costs, I'm reluctant to waste a crumb, never mind a crust, or even worse a lettuce leave. Read on, for a most delicious way to salvage perfectly good and costly ingredients.

Leslie, a one-time neighbor, was a bride and a fine cook. We often exchanged recipes and the results and she was particularly delighted to receive the salad soup.

Carrot soup became a specialty of my cousin Grace and its deliciously different. I had a similar version in a very fine restaurant, but the texture was grainy. Hers is creamy smooth and with a salad and hot rolls it makes a lovely luncheon.

I love peanut soup and loathe pea soup. The latter probably puts me in the minority for a good old fashioned pea soup made with the essence of a ham bone is high on the popularity poll, especially with men. You won't find a recipe for it here, but you'll find directions for the peanut preparation.

If you really want to get exotic there's a pink strawberry soup recipe that I begged from a bare acquaintance. She said it came from a famous restaurant and I believe it! This is served cold only and is sensational on a hot summer day or night.

Saving best for last in my opinion, at least, I simply adore the cold cherry soup. It's from a famous Boston restaurant and was published in a national gourmet magazine some years ago. Again, Cousin Grace was the first to make this and earned plaudits.

So let's proceed with soups, there are more than I've mentioned.

A hot or cold soup entry, it's a pretty soup, appetizing and satisfying! 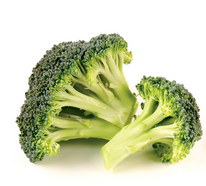 Wash and trim the broccoli and put in heavy sauce pan. Add the celery and onion, both finely sliced or diced. Add the 3 cups of chicken broth and simmer until the broccoli is just tender. Put this mixture into blender and blend until smooth. Return to sauce pan, add 1 cup cream. Heat slowly, but do NOT boil. Season.

To serve hot add mushroom slices to each cup or served chilled with sprinklings of finely chopped chervil and chives.

There's something comforting about a hearty soup! And, contrary to some opinions, meatless soups

can be hearty and satisfying. And this one in particular is delicious the first day and what you make it on the second and third days.
Combine in a 3 quart sauce pan, cover with water and cook over very low heat until comes to a boil.

Then simmer for 1 1/2 hours and serve piping hot with pumpernickel.

You'll have about 8 cups.

A day or two later use your imagination, maybe add some chick peas, some green beans, rice.

Later in the week, add some more tomatoes, a few peas, broccoli or whatever suits your fancy.

Replenish the stock with chicken broth, or beef, if you'd rather.

What a soup kettle you'll have!

One of my very favorite soups, this is a conversation piece. The flavor is haunting, elusive and

delicious. This recipe will serve four or two if you like it as much as I do.
Melt butter in heavy soup kettle over low heat, blend in flour and remove from heat.

Return mixture to low heat, stirring until its steaming hot, but NOT boiling.

Serve at once, with a dusting of paprika and freshly ground pepper.

Put a few peanuts in each cup.

Love it! Love it!

This is in no way your traditional New England fish chowder, but it is easy and delicious. I've tried

adding salt pork to the original recipe given me. It seems to make this chowder even better.

Really, I don't remember which aunt contributed this many years ago, but I do know it's a favorite with family and friends.
Bake the fish until flaky.

Simmer until vegetables are done.

In a kettle combine the two 1-pound cans of cherries, the juice from the third can, 1 cherry can water, the sugar, cloves, allspice, sliced lemon, cinnamon and salt.

Bring to a boil.

Blend 1 tbsp. smoothly into the 3 cups light cream and stir the mixture into the cherry combination.

Add the 1/2 bottle white wine and bring to a boil stirring constantly.

Remove from heat and chill thorough.

Serve with 1 tbsp. whipped cream on each serving.

Will keep for 2 weeks refrigerated. 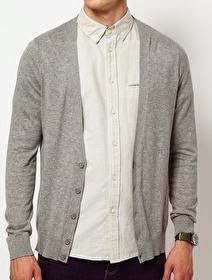 the drop of a word, any word.

Financially very comfortable he was the ultimate in contradiction. He never buttoned any sweater he ever owned. The elbows might be worn but the buttonholes were as they came from the men's shop.

Three cups of tea from one teabag was his cardinal rule but he'd pay $400 for a postage stamp without blinking an eye. He'd have loved the economical way with leftovers.

Keep a soup "stockpot" in your refrigerator by pouring in a suitable kettle all juice from vegetables, canned, fresh or froze. Also add any leftover bits of meats and vegetables. At the end of the week simmer the stock with either a packet of dry soup mix or add fresh vegetables any kind of cooked pasta or whatever suits your fancy. An easy meal with a salad and French bread of hot rolls.

This must be the most ingenious leftover ever devised. It is always different and always delicious. 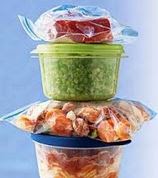 Don't tell your family you're serving them the remains of yesterday's salad or that's why those little leftovers have vanished from the refrigerator. If they insist on knowing what it is, tell them it's "Spring Soup."
Heat oil in a heavy sauce pan and add leftover salad and vegetables.

Saute over medium heat 5 to 10 minutes, stirring occasionally until lettuce is wilted.

Pour this mixture into a blender with some of the chicken broth and puree thoroughly. Return to the broth remaining in the sauce pan and bring to moderate boil.

Serve with croutons if desired.

The measurements are flexible and dictated by the amount of ingredients you have on hand. 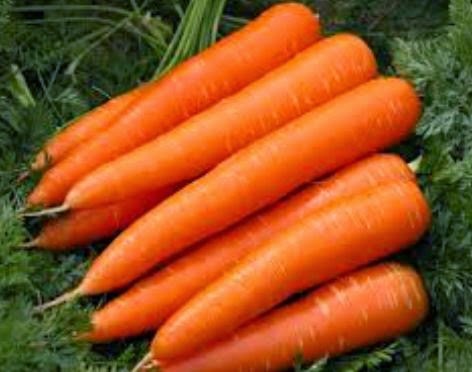 Even people who don't like carrots like this.
Blend carrots, broth, spices. Heat. Add cream and milk and simmer. Do NOT boil.

Get out the soup kettle and prepare to see your reputation soar to new heights. The first hint of autumn 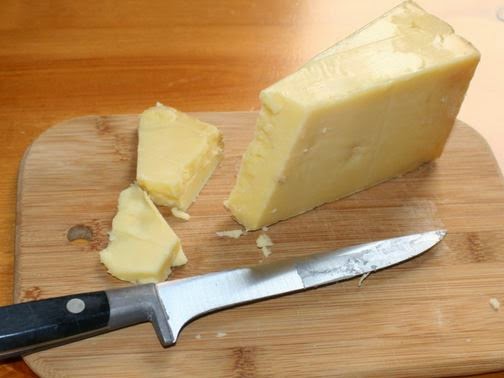 absolutely dictates this soup, although I actually make it all year round. It's that good.
Chop the onion medium fine and saute in butter in a heavy kettle over low heat. Don't let them brown.

Sprinkle with flour, stir in a smooth paste.

You can use a double boiler to be safer if you'd prefer.

Heat until cheese melts and remove from the stove at once.

Season with salt, pepper, paprika and two or three stops of Worcestershire.

Add sauteed mushrooms if you wish.

Pretty as a picture, this is a party soup or for romantic dinners for two. Call it a glamorous soup, call it

exotic, call it elegant.
Hull and wash strawberries and put in a saucepan with 4 cups Port and one cup of water.

Bring to a boil.

Mix the arrowroot with with 1/4 cup water and stir into the hot soup.

Reheat and stir until it thickens.

Serve the soup chilled and topped with a small dollop of whipped cream and/or a sprinkle of chopped walnuts.

Serves six to 10 depending on the role it plays in your menu.